How to say 'I Love You' in Greenlandic 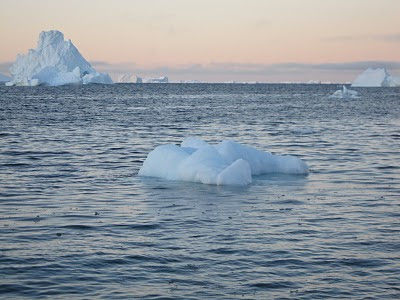 The oldest book in the library at Upernavik Museum is from the series Meddelelser om Grønland, a Greenlandic-English dictionary printed in Copenhagen in 1927. During the 1920s the orthography of the language was still being debated and the idea of anchoring words on paper had been practiced for less than 100 years. (While Kallilusit has retained the Roman alphabet, some related Inuit languages have opted for the Inuktituk syllabary (titirausiq nutaaq) adapted from Cree). The dictionary is not infallible; there are contemporary corrections in a beautiful italic hand. So, for example, akiatsianga, which is officially defined (rather awkwardly) as ‘take hold (of it) together with me’ becomes ‘carry me, please’.

Most of the words in the opening pages – those beginning with ‘a’ – concern writing. Agdlak means ‘stripe, spot or pattern’ and the words that grow from this root refer to an act of mark-marking, such as adlagpoq (‘writes’) and adlapalaarpa (‘draws a design’). Since I have been intrigued by the links between poetry and shamanism (there are fewer Greenlandic poets than might be expected, as the angakok’s role covers all acts of inspiration and interpretation), I wondered whether it might be more than co-incidence that the word listed directly before that for writing, describes the shamanic act of rubbing stones together (agiut). But perhaps I should be careful of making these tenuous connections, since the word before that, aggaitsoq, is (i) one who sleeps in his clothes (ii) a stockfish. And surely one wouldn’t want to imply that either poets or shamans might be prone to a slight pong.

The dictionary is a testament to Greenlandic culture, with its highly specific words for harpoon shafts and specific cuts of meat, on which Upernavik Museum holds much material. However, the dictionary is not so useful on daily communication in the twenty-first century. I’ve just downloaded a dictionary in spreadsheet form from Oqaasileriffik, the Greenlandic Language Secretariat, but this is likewise distinguished by never having in it the word in which Beathe, the Museum Director, and I need.

So today Beathe has been teaching me ‘important words’, i.e. those I will need during my time in Upernavik. ‘I love you’, she said. ‘Asavakkit. This is the most important!’ she added, and smiled. Although the chances of me needing to say ‘I love you’ are slim, I agreed, love is important. Over coffee, we spent some time trying to establish whether love only exists as a verb in Greenlandic or whether there is a noun too. ‘As in “God is love”’, I say, wishing these fine distinctions were easier to explain. After a while, we give up, and look at the icebergs. I realise I don’t know the word for ‘iceberg’ yet, but some objects are so far beyond language that the words don’t matter.
Posted by NANCY CAMPBELL at 13:22

Inuktitut is visually so beautiful...the way it looks is the way a poem in an unknown language sounds. Recognisable with a part of yourself that doesn't need to know but still understands something. Hope you are enjoying Greenland...it looks a lot cooler than Australia! angela

I'd like to hear more of your thoughts on this! I remember going to Gaelic poetry reading in Edinburgh, and convincing myself that I understood the sense of the sound. Can typography potentially be as expressive as the voice?