The Mystery Is Solved

How To Say 'I Love You' In Greenlandic: An Arctic Alphabet opens with a description of a card game. I had forgotten (if I ever knew) its name - and no one, not even the V&A Museum of Childhood, could enlighten me. This was discouraging, but I decided to write about the game regardless of my ignorance - after all, the whole book is about verbal loss. 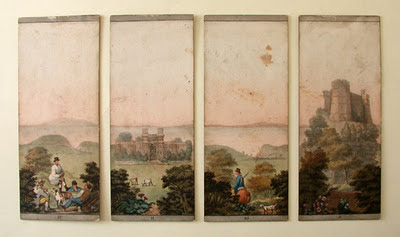 There is a card game which differs from pelmanism in that every card is different and from solitaire in that there can never be a conclusion to it. As a child I was given a shabby nineteenth-century deck; down the generations the packaging had been lost and the cards were held together with a rubber band of comparable antiquity. Lacking its original case and any rulebook, to this day I have been unable to discover its name, or whether I played it as the maker intended.

The fifty cards, slim and furred with age, depicted not hearts, clubs, spades and diamonds but whimsical landscapes. One showed a magnificent medieval fortress; another, boats on a lake bordered by palm trees; and still others, sublime mountain ranges. Yet whatever the scenery, there was always a road on the horizon, along which a tiny carriage was driving.

These views were not self-contained vignettes. I could join each card to any other, because, however unpredictable the inclines and settlements at the centre, the road reached the edges at the same point on every one. Aligning these extravagant geographies, I made a cardboard continent. The passengers in the little carriage can scarcely have felt a jolt as they crossed from Alpine pass to desert dune; however far they travelled, they never had to fear dropping over a precipice or reaching a closed border, for there was always a card in my hand, ready to lay down to prevent their vehicle rolling into annihilation.

And, sure enough, there the carriage was, pictured on the next card.

To my delight, the game has now been identified. One of the guests at my reading at Florisity in New York last week had also played it as a child, and her subsequent research revealed it to be commonly known as a myriorama. This link offers an opportunity to play a reduced version of the game; both it, and the image above, are courtesy of the Bill Douglas Centre for the History of Cinema and Popular Culture at Exeter University.

You can buy a modern reproduction of the game for only £3.25 (+p&p) from www.toypost.co.uk. Or you could put the money towards a copy of How To Say 'I Love You' In Greenlandic.
Posted by NANCY CAMPBELL at 14:40 1 comment:

Email ThisBlogThis!Share to TwitterShare to FacebookShare to Pinterest
Labels: How To Say ‘I Love You’ in Greenlandic, Playing Cards

The Night Hunter in New York

The launch of The Night Hunter and How to say 'I love you' in Greenlandic in the United States was a double-bill of Arctic-themed events hosted by The New York Center for Book Arts and Florisity (see pictures below).

Between the festivities I saw a solo exhibition of sculptures by Peter Schell, one half of the creative team behind The Night Hunter. The purity of these forms reminds me of layers of glacial ice, although they were begun long before our Greenlandic collaboration. 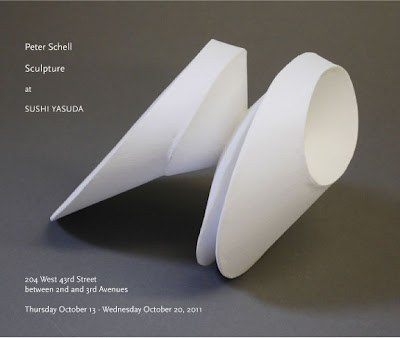 Emily Martin was also in the city celebrating her solo exhibit Theme and Variation at The Center for Book Arts. We made cookies to serve at the private view iced with her trademark stick figures from the 'Crime and Romance' series. Emily's show continues until 3 December. It would be criminal to miss it. 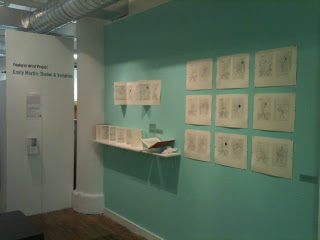 Theme and Variation at The New York Center for Book Arts 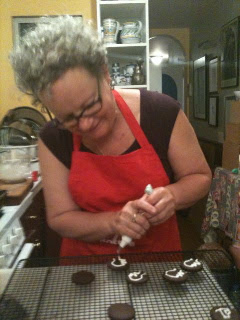 Emily Martin's work also features in the exhibition The Book As Memorial: Book Artists Respond To and Remember 9/11 at the Haas Family Arts Library at Yale University. The library has also added both The Night Hunter and How to say 'I love you' in Greenlandic to its collections.

Thanks are due to the New York Room With A View establishment by the waterfront on Staten Island, which provided a place to sleep in between all these activities. 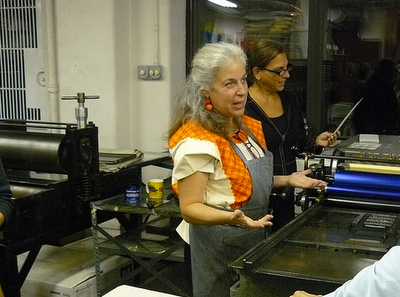 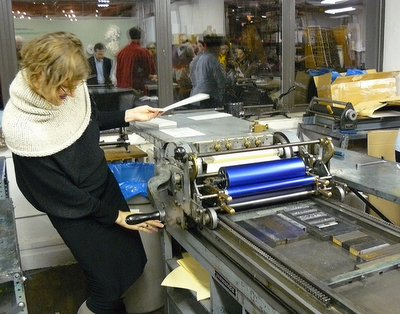 Participants take turns to print flashcards with words from How to say 'I love you' in Greenlandic. 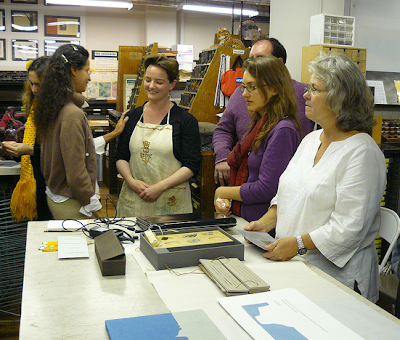 On the left, bookbinder Ana Cordeiro, who made the box that houses the deluxe edition of The Night Hunter, welcomes me back to The Center for Book Arts after a three-year absence. It was good to find Natalie McGrorty (in purple) in town too. 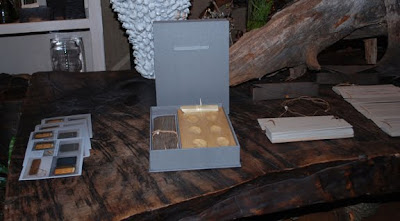 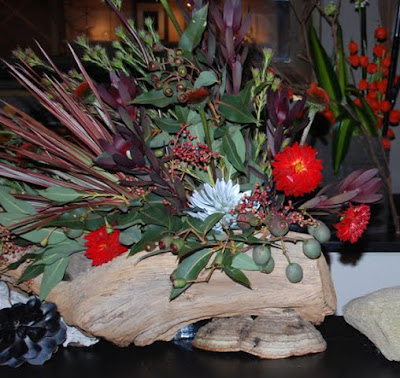 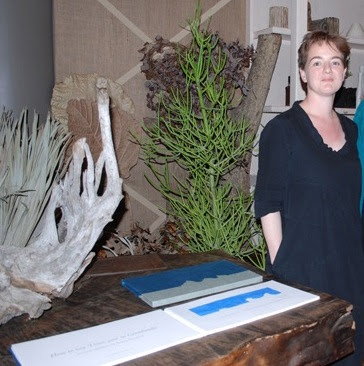 Thanks to Sarah Nicholls, Roni Gross and Emily Martin for the photographs used in this post.
Posted by NANCY CAMPBELL at 19:58 No comments:

Email ThisBlogThis!Share to TwitterShare to FacebookShare to Pinterest
Labels: Cuisine, Emily Martin, How To Say ‘I Love You’ in Greenlandic, Peter Schell, Roni Gross, Sculpture, The Night Hunter, Z'roah Press 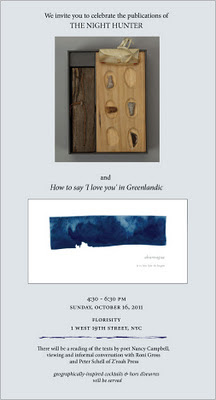 Posted by NANCY CAMPBELL at 17:46 No comments:

Email ThisBlogThis!Share to TwitterShare to FacebookShare to Pinterest
Labels: How To Say ‘I Love You’ in Greenlandic, New York, Roni Gross, The Night Hunter

Poetry Cafe at The Flying Goose 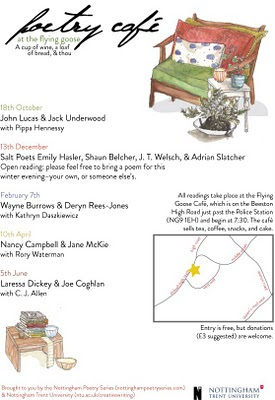 The Nottingham Poetry Series hosts a regular Poetry Cafe at The Flying Goose. I just received their beautiful flyer with details of the forthcoming year's events. I'm scheduled to read in April, but that's a whole winter away - I'd like drop in on one of the other readings, and see if the sofas really are that inviting, before the spring.
Posted by NANCY CAMPBELL at 15:31 No comments: