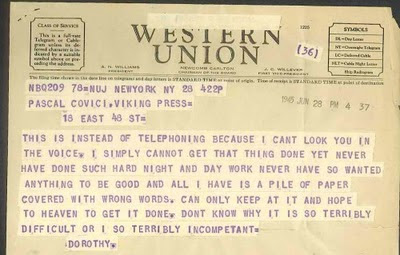 The programme for Picture This: Postcards and Letters Beyond Text conference at the University of Sussex is now online. Dorothy Parker's telegram to her editor (above) reflects my own feelings about my paper but Corpses, Cairns and Carrier Pigeons: Polar Postal Systems should be ready to deliver by 24th March.
I'll be investigating how the correspondence of eighteenth-century polar explorers was subverted by the environment, as indeed were their expeditionary goals. The letter is commonly defined as an object that travels over distance to a named recipient, but explorers frequently cached their correspondence in fixed locations, addressed to a general reader, while they travelled on. When stasis - death - became inevitable, farewell letters were composed and concealed on the writers' freezing bodies. Readers had to travel in turn to hunt for the caches or corpses which spelt out the narratives' conclusions.
I am studying the correspondence of two Arctic explorers: Sir John Franklin (1786-1846), whose disappearance while seeking the Northwest passage caused a Victorian sensation, and S. A. Andrée (1854-1897), the Swedish scientist who perished in his attempt to reach the North Pole by hydrogen balloon. Their communications will be compared to the culture of the indigenous people of the Arctic.
As documents originated by European authors but heavily influenced by polar landscapes these textual fragments are an interface between 'civilisation' and 'wilderness'. My poetic and ecocritical reading views these letters as temporal and spatial performances which resonate long after the text (SOS) has become illegible or obsolete.
I'll also be providing a workshop on image and text with the wonderful artist and animator Belle Mellor at the conference. All are welcome to join us at the University of Sussex for the weekend, which promises much interesting discussion on the art of letter writing.
Posted by NANCY CAMPBELL at 09:14 3 comments:

How to say 'I love you' in Greenlandic: Day 3 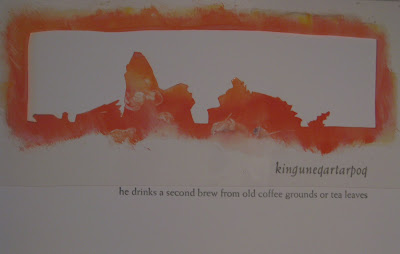 Posted by NANCY CAMPBELL at 08:48 No comments:

Email ThisBlogThis!Share to TwitterShare to FacebookShare to Pinterest
Labels: How To Say ‘I Love You’ in Greenlandic, Kalaallisut, Pochoir, Printmaking

How to say 'I love you' in Greenlandic: Day 2 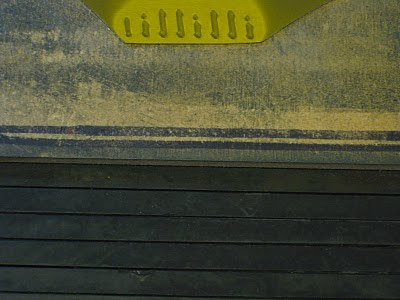 Posted by NANCY CAMPBELL at 11:22 No comments:

Email ThisBlogThis!Share to TwitterShare to FacebookShare to Pinterest
Labels: book arts, How To Say ‘I Love You’ in Greenlandic, Letterpress, Printing 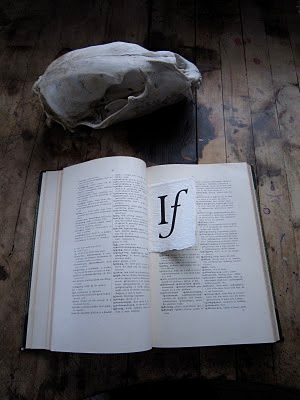 How to Say 'I love you' in Greenlandic: Day One 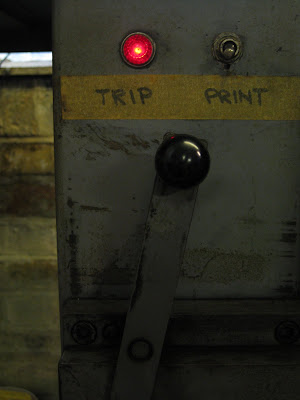 Email ThisBlogThis!Share to TwitterShare to FacebookShare to Pinterest
Labels: book arts, How To Say ‘I Love You’ in Greenlandic, Letterpress, Printing
Newer Posts Older Posts Home
Subscribe to: Posts (Atom)