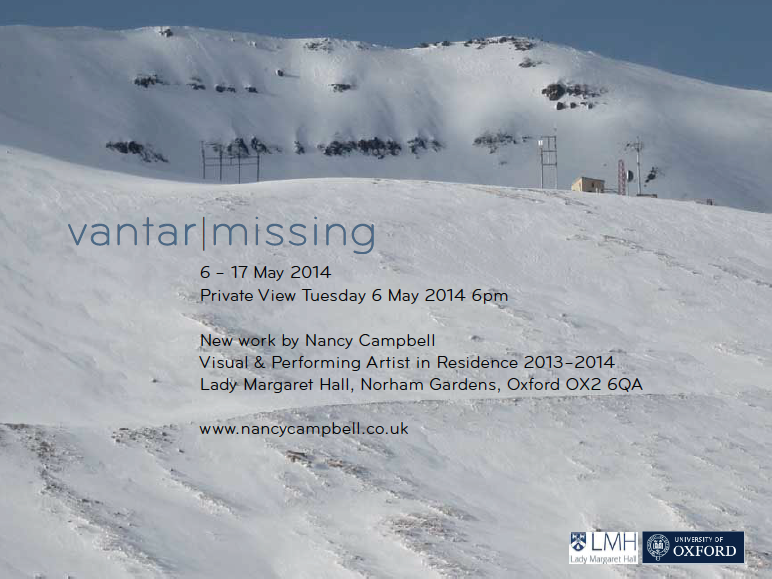 Posted by NANCY CAMPBELL at 17:15 No comments: 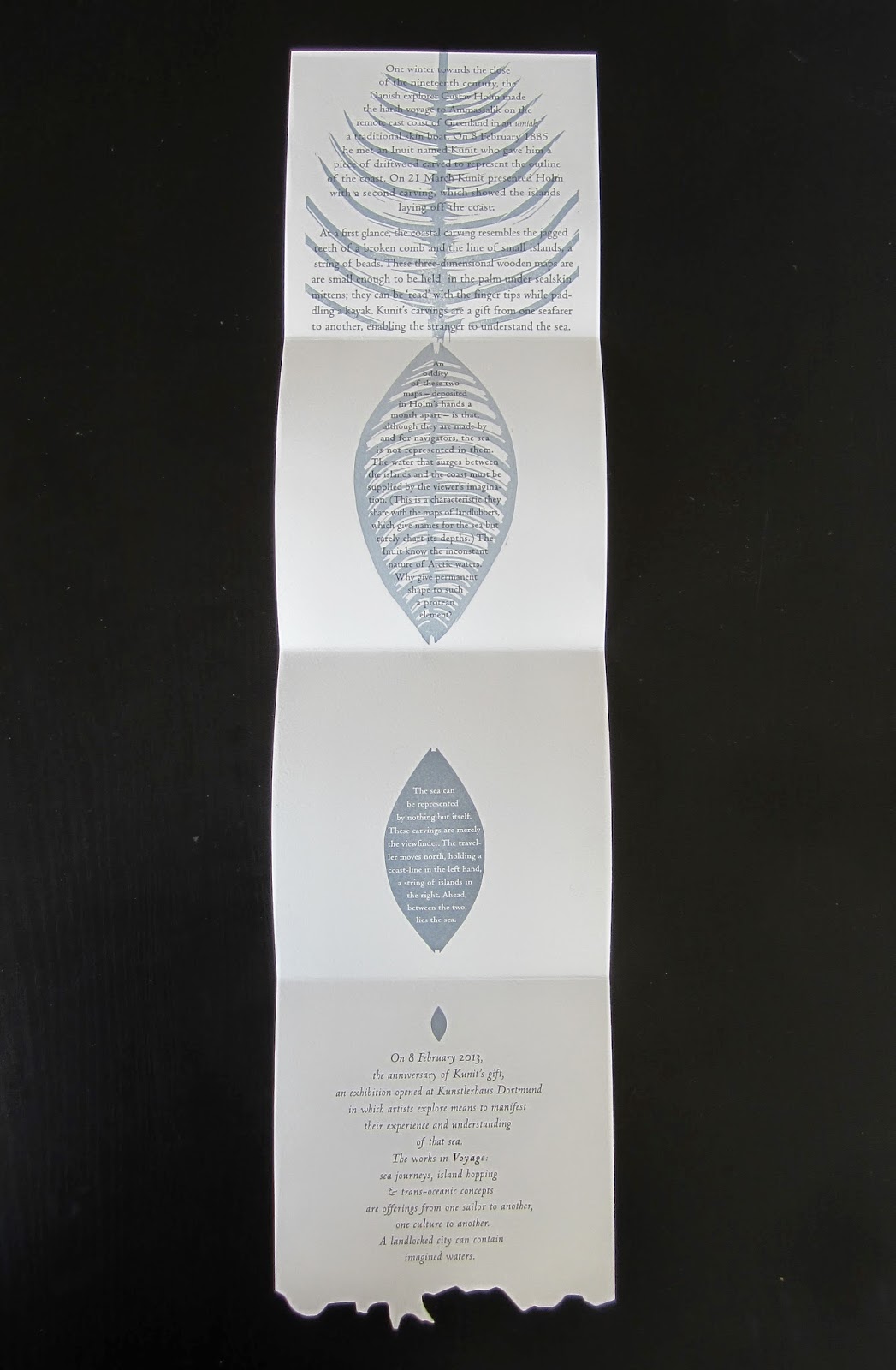 I'm delighted to announce the publication of a new collaboration with the printer Roni Gross. Inconstant Water examines the art of travel across the sea, with particular reference to the carved wooden maps of Anmassalik. Inconstant Water was commissioned for Voyage Boxed, a project co-ordinated by artists Imi Maufe and Rona Rangsch.

Stories of sea journeys mesmerize readers with images of longing, discoveries, hardship and survival, of determination and being lost, of the width of the open sea, the magic of foreign destinations; they tell us how men and women face up to the elements of wind and water, how they defeat them or are defeated. But how and why do contemporary artists access the theme of sea journeys, what are their motivations and intentions, and which modes of expression do they employ?

The exhibition Voyage: sea journeys, island hopping and trans-oceanic concepts was held at Künstlerhaus Dortmund, Germany in 2013, curated by Imi Maufe and Rona Rangsch. Voyage, purposefully shown in a land-locked city, brought together artists whose works explored the theme in often subtle and less obvious ways than one would expect. The curators wanted Voyage to tour, and so they commissioned Voyage Boxed: 'a creative answer to the issues involved with touring exhibitions.' This miniature version of the exhibition is reminiscent of the ‘ditty boxes’, containers in which sailors on long sea voyages kept their precious belongings, and which Scottish artist John Cumming pays tribute to in his work.

Posted by NANCY CAMPBELL at 14:50 No comments: