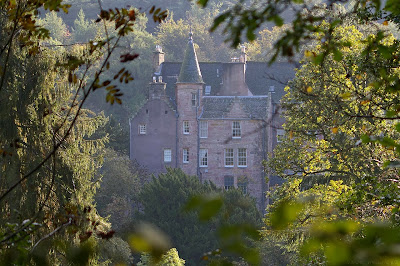 I will be away until the end of the year on a fellowship at Hawthornden Castle in Scotland. Hawthornden was the birthplace and home of the seventeenth-century poet William Drummond, and since then it has served as retreat to innumerable writers, giving them space to finish old projects and begin new ones.

There is no internet access at Hawthornden, but I will resume posting in January 2014. The new year holds some exciting new projects, including two book publications and the unveiling of Vantar | Missing, an fictional history of avalanches in Iceland.

Posted by NANCY CAMPBELL at 18:53 No comments: 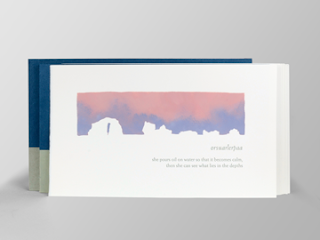 How To Say I Love You In Greenlandic: An Arctic Alphabet will be on display in the exhibition Beyond Words: Artists and Translation at Amelie Gallery in Beijing. The exhibition opens on 15 November and continues until 20 December, after which it will tour in the Asia Pacific region.
Posted by NANCY CAMPBELL at 10:48 No comments:

Email ThisBlogThis!Share to TwitterShare to FacebookShare to Pinterest
Labels: book arts, exhibitions, How To Say ‘I Love You’ in Greenlandic
Newer Posts Older Posts Home
Subscribe to: Posts (Atom)