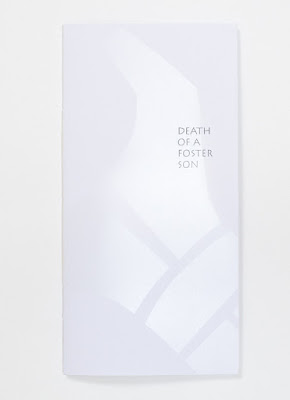 I'm pleased to announce the publication of Death of a Foster Son, an investigation into the eerie correspondences between polar bears and their human counterparts. The essay, first published in Zoomorphic magazine last year, is now available as a limited edition pamphlet, hand-sewn and numbered. The design - in which close readers will notice clues to the narrative - is by Roni Gross.

Death of a Foster Son explores the uncanny point at which the lives of bears and humans meet. The text merges two Arctic stories: a contemporary encounter with a polar bear in Upernavik, Greenland, and a traditional Inuit folk tale 'The old woman who had a polar bear for a foster son'. The illustrations, cyanotype collages created during a residency at Ilulissat Kunstmuseum in Greenland, are based on traditional catch-share diagrams and clothing patterns. 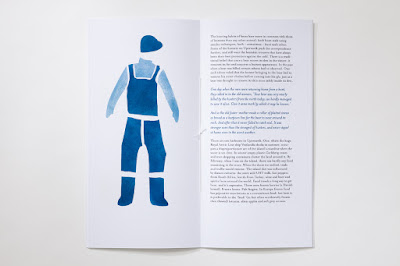 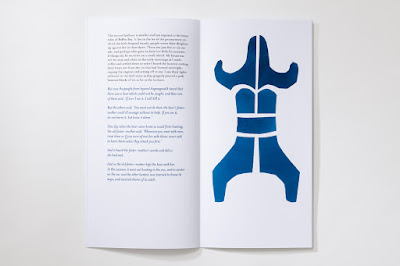 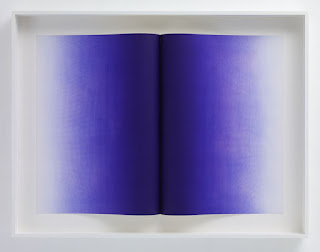 The exhibition Sculptors in Print which opens at Marlborough Fine Art, London on 5 April will show iconic graphic works by Louise Bourgeois, Anish Kapoor, Richard Serra and Kiki Smith. I was honoured to be invited to write the essay for the catalogue that accompanies the exhibition, which continues until 30 April.
Posted by NANCY CAMPBELL at 15:28 No comments: 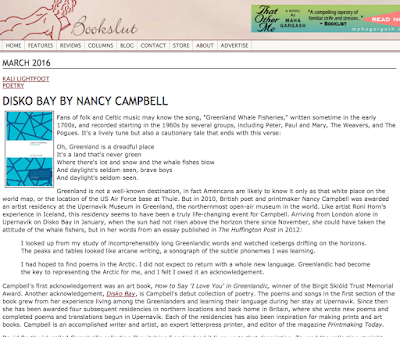 Bookslut has been a favourite litblog of mine since it was founded fourteen years ago. So my gratitude to find a review of Disko Bay by poet Kali Lightfoot in the March/April issue was tempered by some sadness to read that the next issue, out in May, will be the last. (Happily, all the archived reviews and interviews will be accessible even after the Bookslut stops posting.)
Posted by NANCY CAMPBELL at 18:44 No comments: