The Raven and The Gull: A Cautionary Tale 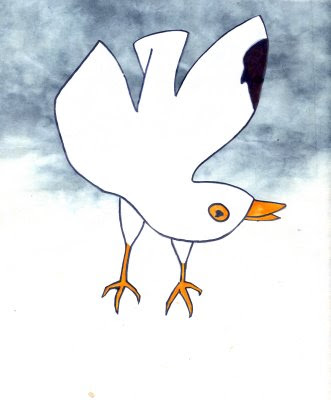 Listen. Do you know why the raven is so black, so black, so dull and black in colour? It is all on account of its obstinacy.

It happened in the days when all the birds were arranging their colours and the pattern in their coats. And the raven and the gull happened to meet midway between land and sea, and they agreed to paint each other.

The raven began, and painted the other white, with nice black blotches showing between. The gull thought that very fine indeed, and began to do the same by the raven, painting it a coat exactly like its own.

But then the raven fell into a rage, and declared that the pattern was frightfully ugly, and the gull, offended at all the fuss, simply splashed it black all over.

And now you see why the raven is black. 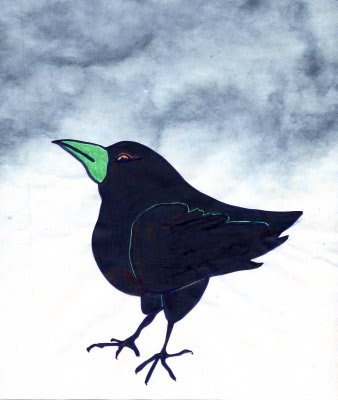 While reading Lucretius De rerum natura to research my writing on Emma Stibbon, I came across an uncanny echo of this tale in his discourse on colour.

'Since there is no natural connection between particular colours and particular shapes, atoms (if they were not colourless) might equally well be of any colour irrespective of their form. Why then are not their compounds tinted with every shade of colour irrespective of their kind? We should expect on this hypothesis that ravens in flight would often emit a snowy sheen from snowy wings; and that some swans would be black, being composed of black atoms, or would display some other uniform or variegated colour.'
Posted by NANCY CAMPBELL at 15:54 No comments: