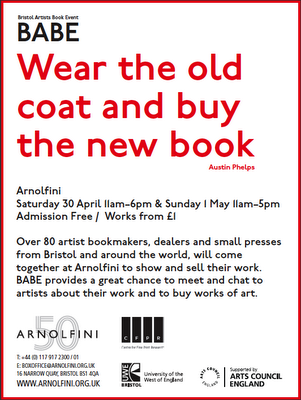 So farewell Abingdon, my home for the winter. With the arrival of spring I'm packing up my kit bag and hitting the road again. But I'll miss this town, where there's always someone feeding the ducks: 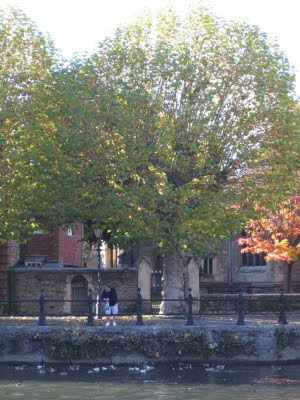 and the doors are amazing: 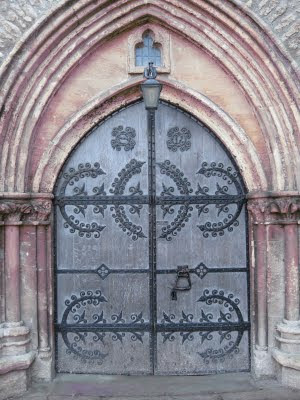 even if they must be kept shut: 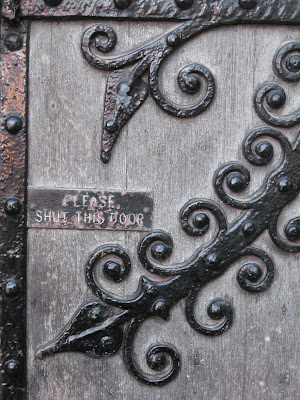 There are ancient almshouses with equally ancient residents who have indulged in some extraordinarily morbid but beautiful grafitti: 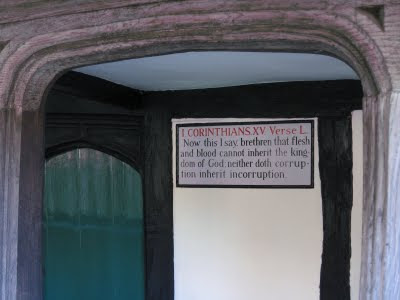 I think most of the aged poor have disproved the author of Ecclesiastes: 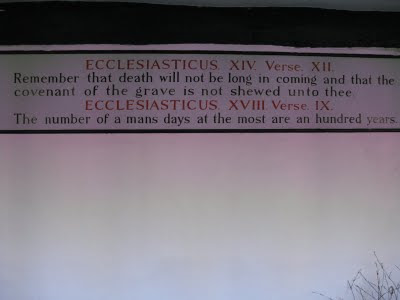 Some of the almshouses are named in honour of their benefactors: 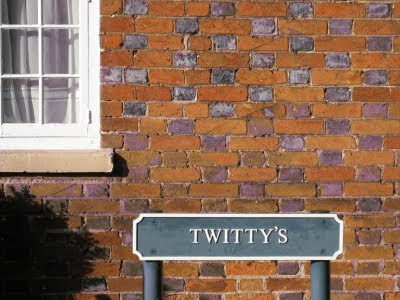 With names like this, it is no surprise to read (on Wikipedia) that one of Abingdon's more famous residents is Gerald Charles Dickens, the great-grandson of the novelist. Finally, here's more on the great Mr Twitty, in the fine stonecutting that he deserves: 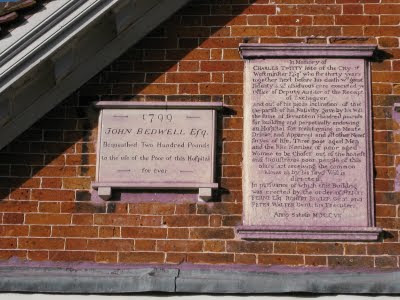 Now I aspire to be one of Twitty's 'honeft and induftrious poor' in order that one day I may be maintained in 'Meate Drinke and Apparrel and all other Neceffaryes of Life' in Abingdon, with enough crumbs left over to feed the ducks.
Posted by NANCY CAMPBELL at 21:20 2 comments:

Wish you were here! 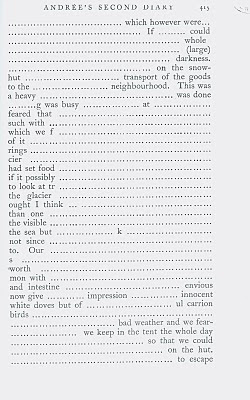 I've just returned from Picture This: Postcards and Letters Beyond Text, a fascinating conference on the epistolary form in literature and art organised by Bethan Stevens and Katie Reid at the University of Sussex.

The presentations ranged from a discussion of how Twitter can be seen as the new picture postcard (Esther Milne) to the process of creating an interactive novel and website between Wales and the Southern Cone countries of Uruguay, Argentina and the Falklands (Des Barry and Diego Vidart). There was a strong emphasis on curatorial practice, archives and the visual aspects of letters. Ann Dumas spoke of the challenges of displaying Vincent Van Gogh's letters to art-lovers at the Royal Academy and her talk was later complemented by Bethan Stevens' readings from a novella in progress, composed of letters between a fictional museum curator and collectors at the beginning of the twentieth century. My own paper 'Corpses, Cairns and Carrier Pigeons: The Polar Post' was delivered safely, unlike its subject matter. 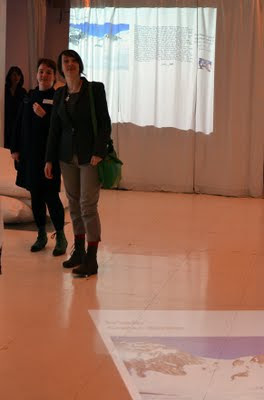 Belle Mellor and I snapped in the 'Creativity Suite'
The illustrator and animator Belle Mellor and I were asked to deliver a workshop session for conference delegates on image and text. Drawing on the theme of the illegible or lost letter, which had been raised by many papers, we looked at the poignant and poetic qualities of partially destroyed messages, such as the manuscript found on Swedish Polar explorer Salomon Andree's body, thirty years after his death (see picture, top). Belle and I challenged participants to make their own postcards using found texts - in this case resorting to some ancient copies of the National Geographic from a dusty corner of Belle's studio, which contained plenty of exotic destinations. 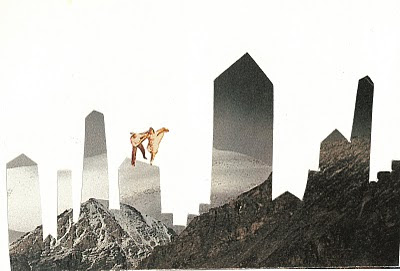 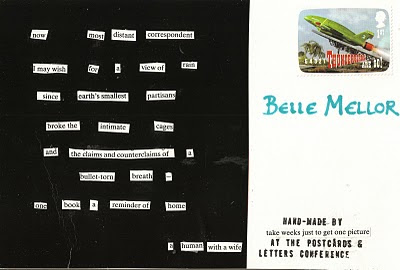 While the group sent surreal postcards back and forth, building up some interesting epistolary narratives, Belle and I even had a chance to make a card of our own, pictured above. We hope that all the postcards from the workshop will be displayed on the Picture This website in the not-too-distant future. 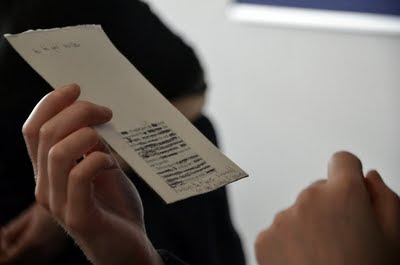 Many thanks to Dana Brass-Hague for the photographs.
Posted by NANCY CAMPBELL at 16:08 No comments: