Lines in the Ice 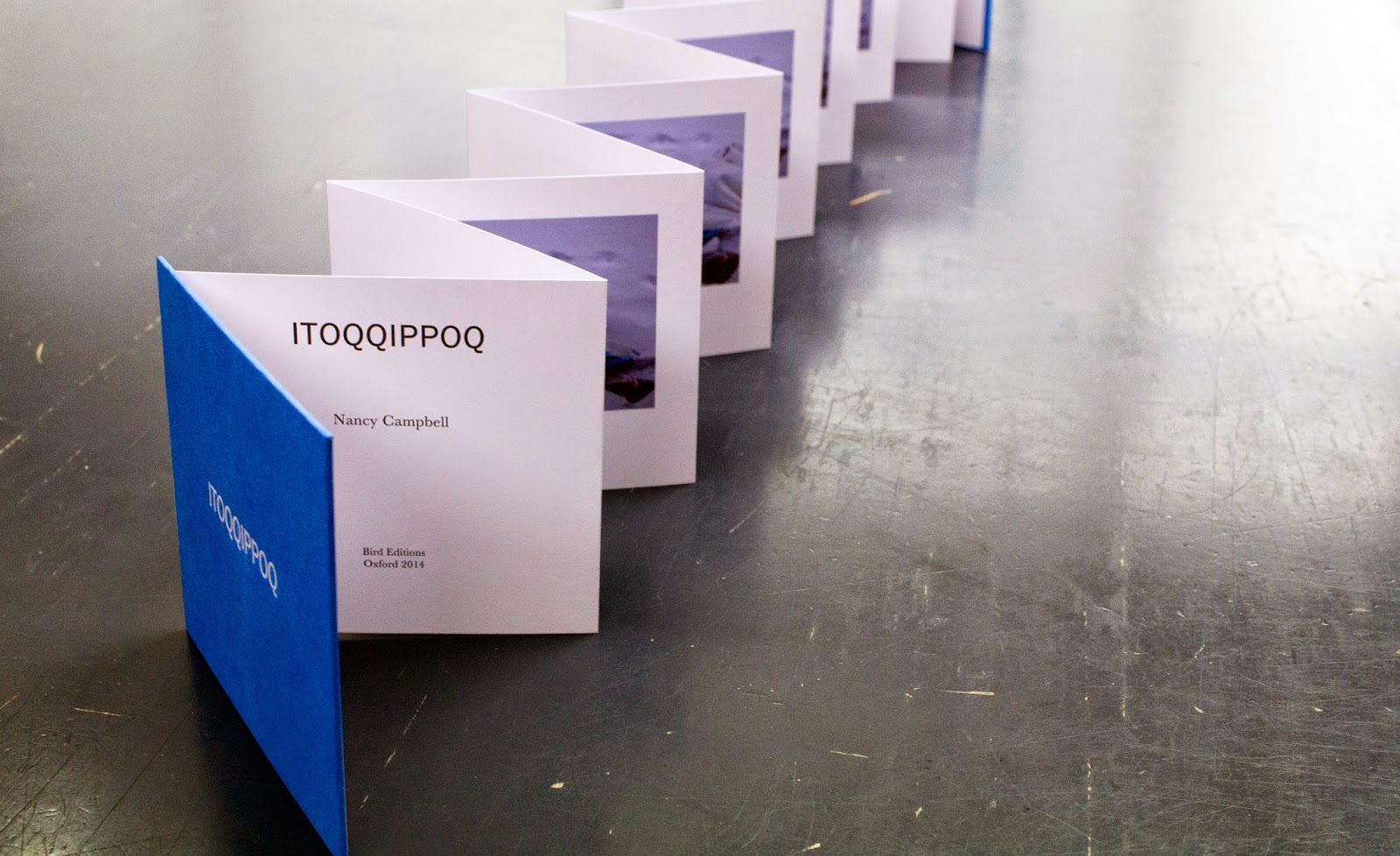 My latest book ITOQQIPPOQ - which was acquired by the British Library in the summer - will be shown as part of the British Library's exhibition Lines in the Ice: Seeking the Northwest Passage which runs from 14 November 2014 to 29 March 2015. Lines in the Ice examines the role of the Arctic regions in the making of the modern world. ITOQQIPPOQ will be in the company of early European maps of the Arctic, Inuit accounts of the coming of explorers and writings from the long search for the explorer Franklin. The curator has contributed a post to the BL's American Studies blog which gives an exciting glimpse of some of the other works that will be on show.
Posted by NANCY CAMPBELL at 11:31